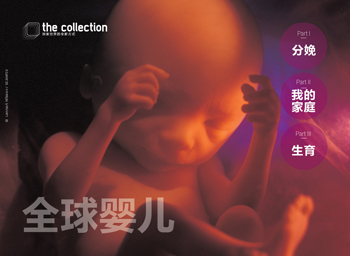 Today, we published the second issue of the collection, Ringier’s international iPad magazine that is available in English, German and Chinese.

The issue is called The Global Baby, and it deals with everything related to human reproduction.

It takes two to start a family – or three, or even four. Take Rhonda and Gerry from Mesa, Arizona. The American couple has tried to have children for years – unsuccessfully. So they hired a surrogate mother in India. And they bought a donor egg. Their son Blaze has a father, a social mother, a surrogate mother and a biological mother. 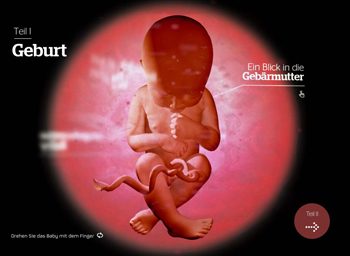 Now another surrogate is pregnant with twins – Blaze’s siblings.

It’s not an unusual story anymore. Each year, thousand of couples travel to India to rent a womb – or to Georgia, to the Ukraine, to Brazil, Poland, or to Thailand. Global fertility tourism has become a ten billion dollar business.

We explain it in the collection’s latest issue – and much more.

With exciting interactive features we look at thousand of years of reproductive research. Today, one in seven couples have fertility problems – the collection shows why, and which high- and low-tech remedies can solve them. 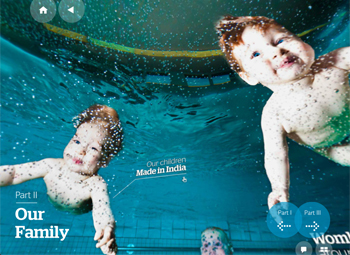 We look at where you can get a treatment, and what it costs.

You’re a superstar? And you want a kid? No problem. Just go baby shopping. Elton John and his boyfriend got a surrogate. Madonna got her babies in Africa. And Angelina Jolie got them all over the world.

Nature determines a baby’s sex – unless Dr. Jeffrey Steinberg is involved. He’s helped over seven thousand couples to have children of the gender they desire. He didn’t miss even once.

But is this okay? Five experts around the world discuss legal and ethical issues. 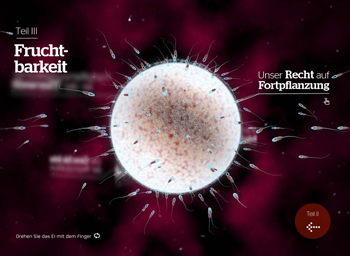 For decades, Hollywood has been scaring us. With cloning, three-parent babies, artificial wombs, and stem-cell farming. Such sci-fi staples are much closer to reality than you might think.

We publish The Global Baby both as a regular issue of the collection, and as stand alone app.

Get the collection here

Get the The Global Baby here