Peter Hossli, a curious reporter who always finds a good story
0
Californian artist Martine Syms, who was born in 1988, delves into the depictions of Black America through her videos, performance and photography. Here she tells us what the closure of a record store in Detroit has to do with the Ringier Group – and why she still has a print newspaper subscription. 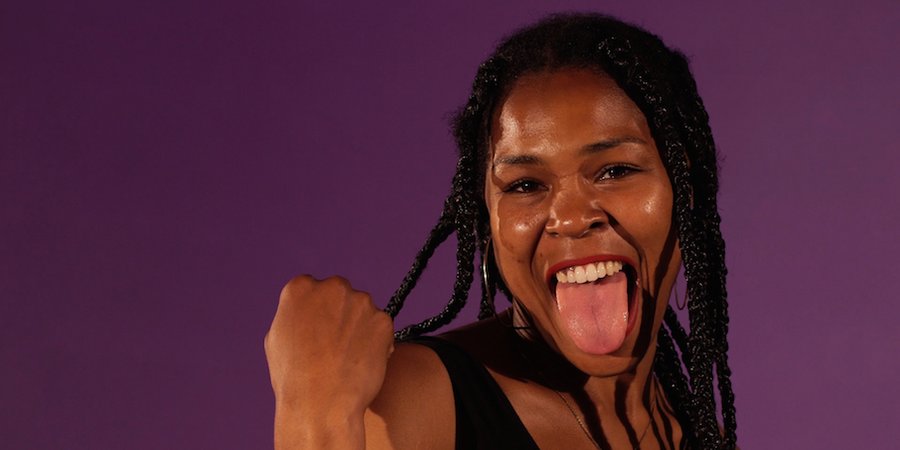 Martine Syms, do you have a favourite song?
Martine Syms: For the past six months I’ve been listening to Turiya and Rama-­krishna by Alice Coltrane.

That’s jazz from 1970. How do you listen to it?
In the hotel I normally listen to it on my phone, with headphones. At home I connect the phone to a speaker system.

Is there any song that you’d rather listen to on a vinyl record than on your phone?
Actually, this song! Most of the music that was recorded before 2005 was mixed differently. In the last ten years, music has been mixed to be played on your phone, or on shitty speakers.

For Ringier’s Annual Report, you visited a record store in Detroit that closed at the end of 2018 after 52 years. What attracted you to Simpson’s Records?
When I was living in Chicago, I often drove to Detroit to buy records. The city has an amazing musical history. Two years ago a friend told me about this store, the Simpson’s Record Shop. I became obsessed with it. I saw a photo there of Dorothy Simpson with The Jackson Five. I asked her about it, and she started telling me the story of the store.

And why is Dorothy’s story a good fit for Ringier’s Annual Report?
Ringier wanted something that had a link to the publishing industry. It was clear to me that the store wasn’t going to last much longer. There’s a parallel there with a publishing house that is quickly changing. When I learnt that the store was going to close at the end of 2018, I knew I had to do this project.

A business report about a business that closes: that’s quite provocative!
Oh yeah! Fortunately, Ringier is very open-minded – even by just having an artist’s annual report. And there’s a difference between Ringier and the record store. In both cases it’s about the demise of an industry; but Ringier is making a transition. They’re looking for new ways to record and tell stories.

How urgent was this project?
Very urgent! I’m an audiophile. And you don’t often find women who own record stores, let alone women who’ve been running them since 1966.

Dorothy Simpson ran the store for 52 years, until she was 92. What fascinates you about her?
Her casual attitude about what she’s done. It’s a Midwestern thing to be modest. They’re doing completely incredible things, but hardly talk about it. It’s more about the work than about the publicity. She just did it.

Some record stores are going successfully back into vinyl. Why couldn’t Dorothy Simpson do that?
She had a very different business model. It was more about the neighbourhood. She served local interests. In the old days, you’d go to a shop and order what you wanted. Now you buy it online. Nobody wants to wait two weeks any more. If you want to succeed in the digital world with an analogue product, you need to become a service to your customers. A record store today needs to be like a gallery: very specific, selective and curated, so there’s extreme value for its customers.

What does this mean for a publisher like Ringier?
They have to figure out what they publish for people – how to serve their audience.

Analogue or digitally?
Print is definitely not dead. I only read the news on paper. Last year I started to subscribe to a newspaper again, because I was getting too much news. With a newspaper I make it finite: I read this and no more.

You’re a publisher yourself. What’s the future of print publications?
For me, a printed book is a great format. It goes places that many things can’t. I see it as similar to film. You have a fixed duration. You have a one-to-one interaction with your viewer or your reader. You put it in a sequence. And you have a certain amount of time.

1966 was a pivotal year in Detroit, and for the black community. Why was there such an explosion in black culture?
Detroit was at the crux of the civil rights action. There were a series of uprisings that came from racially motivated violence that was targeting black neighbourhoods. There were bloody riots. Many neighbourhoods were damaged. There was an economic and a cultural need for expression. In addition, you could pick up Canadian radio stations in Detroit. They played Motown, and they helped to de-segregate American radio.

Dorothy Simpson’s record store was a popular hangout for the black community. What’s replacing it?
Probably nothing: it’s a big loss. I was very interested in the community aspect of the store. It was more about the people than about the music. It’s important to have a third place – not at home, not at work – where people can gather. I don’t know what I would consider a third place in my life, because I don’t go to church.

You’ve designed the Ringier Annual Report like an old-fashioned magazine. Why?
I’ve always liked magazines. There’s a storytelling to them. Magazines always told the stories I wanted to be a part of.

Why did you put a receipt from an old register on the cover of the book?
I like to use redactions in my work. I like to hide before I reveal, and I like to cover up. The receipt says everything – and at the same time it obscures it.

You recorded Gospel music at the store, and then transcribed the text. Why run gospel on most of the pages in the Annual Report?
To create a sense of duration. The book becomes this parallel of time and space. With the gospel you get a sense of what was happening during my visit.

Anyone who wants to read the business part of the Annual Report, including the text by publisher Michael Ringier, needs to rip some pages apart. Why do you want people to destroy part of your work?
It’s my sense of paradox: it shows what life is. When you unbox something, you have to break the perfect seal to enjoy it. Here, unless you break it, you won’t be able to read it.

We’re still listening to music from the 1960s today. Will our grandchildren be listening to today’s music in 50 years?
Some of it. There will always be great artists. We’re not listening to everybody from the Sixties. But if you can voice what’s happening in your time, you can create something that lasts.