Peter Hossli, a curious reporter who always finds a good story
0
Why wait a whole week for the next episode of your favorite series? That was yesterday. Binge viewing is the new big thing. Netflix makes it possible, delighting TV-series addicts while changing the medium itself.

February 1, 2013, was a day of redemption for us series addicts: For the first time ever, an entire season of a US TV series became available at once. Thirteen episodes of «House of Cards» were posted online by Netflix. For thirteen consecutive hours we were able to watch lead actor Kevin Spacey ruthlessly pulling strings in Washington D.C.’s world of politics, making Machiavelli look like an amateur.

More importantly, «House of Cards» allowed its audience to indulge in binge viewing.

The expression «binge viewing» is derived from binge drinking, but instead of drinking themselves into oblivion binge viewers watch one or even two seasons of the same series over a single weekend, almost without taking a break, until they’re exhausted.

The Süddeutsche Zeitung quite rightly pointed out that with «House of Cards» TV series stopped being what they used to be. «House of Cards» has turned them into an even more addictive drug.

Traditional television series follow the principle of letting some time pass between two episodes, which permits the audience to forget one thing or the other; the directors of «House of Cards», however, deliberately tell their story for binge viewers. Episode Two starts exactly where Episode One left off. The narrative threads are so complex and gripping that you have to stay tuned constantly.

As with any addictive substance there are economic reasons behind this concept. The American DVD and streaming company Netflix wants customers to commit to its service. Users pay a monthly fee that allows them to watch as many series and films as they like. Subscriber figures skyrocketed when «House of Cards» was released online. 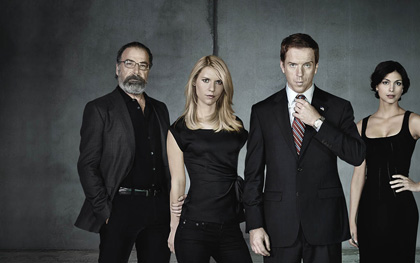 This strategy is Netflix’s attempt to set itself off from cable networks like HBO or Showtime. The latter have enjoyed a huge increase in subscribers that have come to prefer the small screen to the big movie theater over the years thanks to first-rate TV series produced by filmmakers; TV allows them to develop a story not only over the course of multiple episodes but over several years.

Critics have come to praise American TV series as works of art. Whether it’s «Homeland», «Mad Men», «The West Wing» or «The Wire» – when it comes to cultural influence, these series have left cinema behind. «The Big C» takes a comedy approach to the story of a mother suffering from cancer. «The Newsroom» takes the news business to task. «Six Feet Under» is an accurate as well as emotional portrait of a family of undertakers; «Sex and the City» tells of the trials and tribulations of four self-confident women living in New York.

It all began with a family of New Jersey mobsters. «The Sopranos» established the genre of the high-end TV series. «We owe everything to the success of The Sopranos,» said «Mad Men» author Matthew Weiner in an interview with the German news magazine Spiegel. For the first time ever HBO had been willing to spend a lot of money on each episode. Episodes grew longer, and directors dared to do what had so far only seemed possible in movies. «The Sopranos», according to Weiner, offered «complex characters, a continuous narrative, no censorship, no stars, and scenes in which nobody was talking.» The result: «Suddenly, people who had largely stopped watching TV were going back to watching TV.» 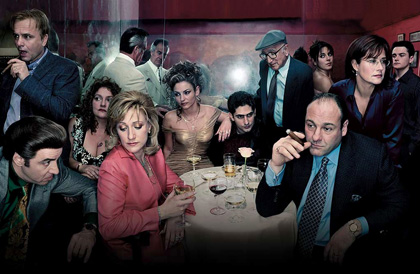 Television – infamous for being dumb and lazy people’s preferred means of killing time – has become the pastime of the elite thanks to these series. Or, as the German weekly Die Zeit puts it: «Watching series nowadays is a bit like only watching soccer when the Champions League is on.» HBO deliberately advertises itself with the slogan: «It’s Not TV. It’s HBO.» There are no commercial breaks. Anything goes: nudity and sex, bad language, realistic violence.

The total running time of all episodes of «The Sopranos» put together amounts to roughly 80 hours. Not one minute is boring, because good series make a point of breaking the ironclad rules of commercial television. Soap operas have to allow the viewer to tune in and follow the story at any given point; protagonists are not allowed to evolve, stories go round in circles. With «Friends» you can tune in six times a year. In «The Sopranos» a popular character may well die, and storylines take surprising turns. «This changes viewer behavior,» says «Mad Men» creator Weiner. «People don’t tune in six times a year but for every episode.»

Mind you, binge viewers never even tune out.