Peter Hossli, a curious reporter who always finds a good story
0
Richard Berke is assistant managing editor at the NYT. He has covered four U.S. elections. Now he speaks about the role of the media in U.S. politics.

Interview via E-Mail by Peter Hossli 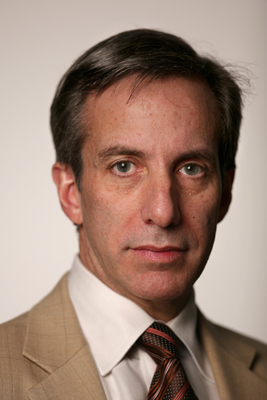 Mr. Berke, why do U.S. election cycles serve to establish new media types as mainstream?
Because elections draw so many resources together, it is a natural result that some new media types will emerge.

What do you consider the most important media moment in U.S. election history to be?
The 1960 debates between John F. Kennedy and Richard Nixon were certainly very important. Nixon did well in terms of content, but he just didn’t look good. He had a five o’clock shadow and was visibly sweating. Kennedy’s cooler more appealing look helped him to win over viewers. So it was a lesson that in television, appearance and personality can be more important than content.

How does a presidential campaign influence media outlets?
During a presidential campaign, media organizations allocate significant resources to campaign coverage; therefore other topics may not be as widely addressed. Campaign coverage is very competitive. The influence campaigns have on the media is that they lead to many organizations placing an emphasis on breaking each and every story – large or small – to show their strength and dominance over competitors.

How does the media influence a presidential campaign?
By turning up new and revealing information that can make a candidate look good – or bad. The media can hold candidates accountable in following up on their promises and their records. It may also press candidates for their positions on issues they might not normally want to discuss.

What will be the most significant media in the 2012 election?
The Internet is playing a bigger role in this campaign than ever before. More and more people are getting their news from the web and social media. The candidates are playing to those outlets.

Looking back to the 2008 election, how decisive was the fact that Obama truly understood social media?
His supporters were very aggressive in using social media, much more so than the Republicans. That helped not only in swaying voters but also in getting people to volunteer and work for his campaign and go to the polls. However, I don’t think his use of social media was significant enough to change the outcome of the election.

You were once called the «most influential political journalist». What influence do individual journalists have?
Individuals may play a major role if they can break exclusive stories about the candidates and campaigns that no one else has.

How will the New York Times tackle the 2012 election?
The NYT is putting far more effort and resources into the web, social media, interactive graphics and live blogging so that people can access our journalism on any number of platforms. We also are about to introduce a politics app for the iPhone.